Sasquatch or Bigfoot as we popularly call him is a creature that looks like an oversized ape with some human characteristics. The truth about its existence has not been exclusively proven because we depend on Sasquatch sightings reports from a number of people. Bigfoot could be real or not, but he sure holds a special place in the minds of many. Without saying too much, take a look at some of the top tales of Sasquatch sightings. 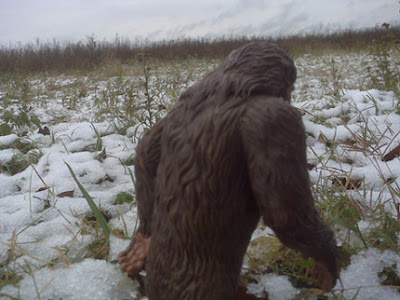 The first on our list of tales of Sasquatch sightings is the recent report submitted to Bigfoot evidence by Matt, a guy who likes to tour exciting places in the US. This time round, he was canoeing around the swampy Lettuce Lake Park when he captured something strange on his video camera. At first he thought it was a bear but a closer review of the footage at home revealed the creature might have been Bigfoot.

In January 8, 2008, a man experienced one of the most interesting Sasquatch sightings ever. He was loading his truck with potatoes at around 1:30 in the morning and as he drove down the incline outside of St. George Utah, he noticed something running across the road. The creature had glowing eyes, broad shoulders and arms bigger than a man’s. He swerved to avoid hitting the enormous creature but by the time he gained control of his truck the figure was gone. From his description though, it was no doubt one of the top tales of Sasquatch sightings.

You might have come across this footage uploaded on YouTube back in 2011 that caught the attention of many. So these two friends went hiking in Ketchikan when they came across a rather massive figure about 40 yards from the road. They noticed its jumps and fast movement away from them and deduced this was one of the Sasquatch sightings.

A family uploaded yet another video on YouTube that can be termed as one of the tales of Sasquatch sightings of 2011. Turns out, this family was out target shooting when they noticed a helicopter flying above them repeatedly. They were annoyed at this and thought the chopper was curious about what they were shooting at. When they reviewed the video at home, they discovered a creature with Sasquatch’s description running in the trees. Only then did they realize the chopper was after Bigfoot and not them. 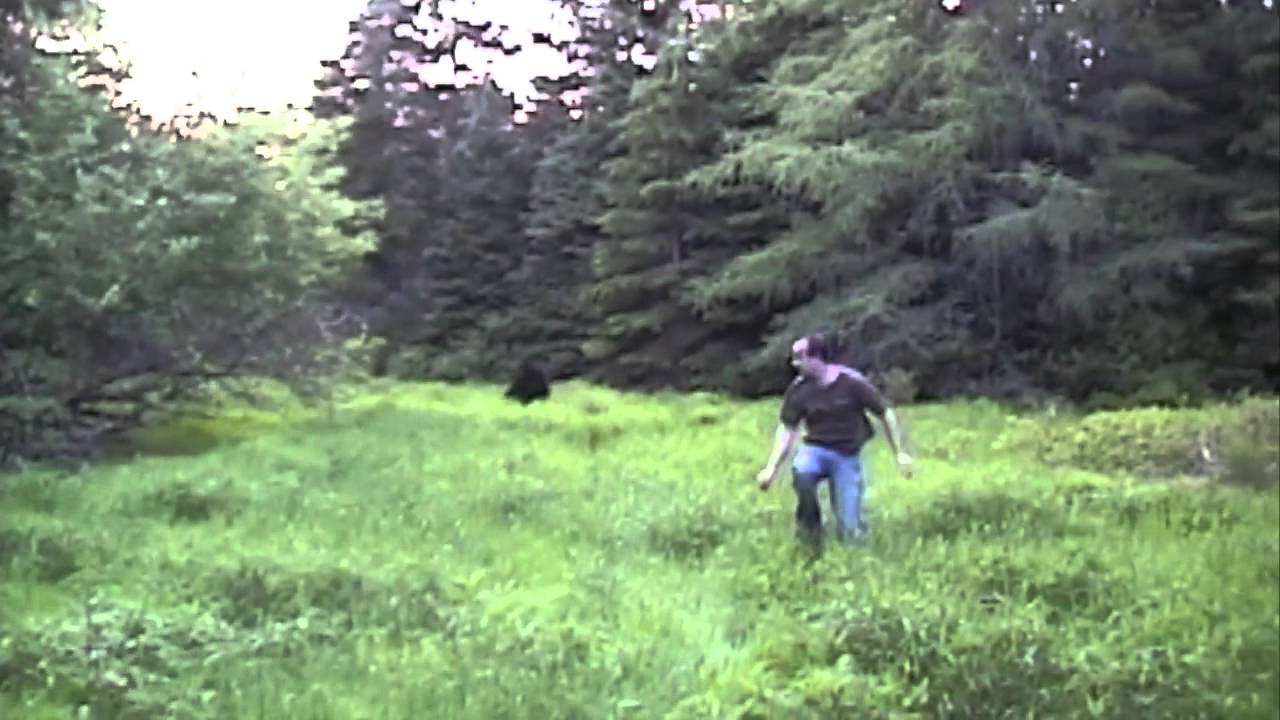 During a school project filming at Prince Edward Island in 2005, Nathan Wiley and his friends noticed someone running in the trees. Before long, the students got the shock of their lives when they saw a Sasquatch running at an impressive speed towards the opposite direction of the group’s activity. Because this was one of the top tales of Sasquatch sightings, the friends took the evidence to a group of Bigfoot researchers who estimated the creature’s speed to have been around 25-30mph.

On the morning of September 1, 2009, a woman going to work in Rifle, Colo felt a little groggy and had to pull up in order to get a breath of fresh air. Little did she know, she was in for one of the greatest tales of Sasquatch sightings ever recorded. As she got out of her truck at the Independence Pass, she noticed a movement directly ahead of her. She initially thought it was a bear but as the creature stood up, its arms hung onto its sides like a human being. The creature also had cinnamon-colored fur and was huge in size with two large breasts. The lady confessed to the BFRO investigator that this was indeed among the Sasquatch sightings that forever changed her life.

Among the top tales of Sasquatch sightings is one where a woman living with a litter of whippet puppets saw back in Aug, 29, 2011. It was dusk when she was busy going about her business of caring for the puppies when she heard a whistle like the one she usually made coming from nearby trees. She thought it was probably one of her pets making the noise but when she lifted up her head, her eyes met with those of a big hairy ape around 9feet tall. When it saw her, it stepped back into the thick of the forest but she is sure it was Bigfoot.

This is also one of the tales of Sasquatch sightings that shook the cryptozoology world with great force. It was in July 2000 when a large group of hikers (mostly disabled children on a camping trip) landed on strange structures in the Marble Mountain forests near Fort Jones, California. They began filming the structures out of curiosity only to capture something huge starring at them from the top of the mountains. It was definitely Sasquatch.

You would imagine from the previous tales of Sasquatch sightings that this ape-like creature fears human weapons. Apparently, according to another tale featuring a man and his son, Bigfoot is not one to fear bullets. The guy and his son heard a loud noise outside their home in Blackstone and upon going outside to check what was making the noise, they stumbled upon a large monster running toward them. They fired in the air but the creature kept charging towards them. They reported on the BFRO website that they ran back to the house quickly because the creature was closing in on them.

The first on the list of Sasquatch sightings has to be the Patterson and Gimlin footage, the video that started it all. Two Bigfoot hunters, Robert Gimlin and Roger Patterson were riding their horses one fine day of October 20, 1967. They came across an overturned tree in the Bluff Creek area and to their surprise, not far away from the tree, they found their creature- Bigfoot. They filmed the creature for a few seconds before the beast disappeared into the nearby trees.

So there you have it-top tales of Sasquatch sightings. We hope that one day these tales will turn into real stories of an existing animal/human. Until then, kindly share this article in your social media circles and let other people get the knowledge you now have. Otherwise thank you for reading through; find time to go through other interesting reads on this website.