To have some supernatural powers (or super-powers) is a dream of many of us. Let´s take a look on some of the most popular supernatural abilities. In the following list, you can find examples of our dreams of supernatural human abilities. What would be your favorite one if any of them would escape fantastic universes of movies, video games or comic books? Would you like to be super strong? Or would you prefer to be invisible and take an advantage of infinite numbers of possibilities that would give to you?

This can be very useful ability! If you would be able to heal any wound, regenerate injured body parts or even substitute a missing hand or leg, it would be much easier to decide that you will try some extreme sport or that you would play with that cute tiger in the cage, right? It is an example of supernatural powers which are not destructive, we really like this one. 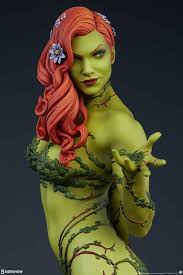 Are you afraid of snakes or poisonous spiders? It would not be necessary with this supernatural power. Same as the previous one, it is an example of supernatural human abilities which do not destroy anything or injure anyone.

People are dreaming about having supernatural strength from the ancient times. Who would not like to be super-strong, to win every fistfight and be able to lift anything needed, doesn´t matter if it is a big piece of rock or a car. Of the all possible supernatural powers, we bet that most of the people would choose this one.

Although it is not as cool as some other supernatural abilities like supernatural strength, it can be extremely useful while you would need to observe anything. You would be able to see things which are otherwise invisible. With infrared vision, you can see hidden people and you can see in the dark. I´m starting to be envious of snakes, and you?

Telepathy is the ability to read thoughts of other people or directly communicate with them directly from one mind to another. This power is widespread in comic books, movies etc. It´s not surprising, we would like to do it as well!

Ability to manipulate someone´s memories can be considered as some kind of a superstructure to the telepathy. It is not so common among supernatural human abilities shown in movies but it can be definitely useful. We have all seen how cool it can be to delete someone´s memory in Men in Black (I know, it was done by some special device but you got my point, right?).

This is a classic, from Stephen King´s Carrie to Matrix´ Neo or Mr. Yoda from Star Wars, we can see that there can be a lot of fun with the ability to move or use objects by the pure power of will. One of the most typical among hypothetical supernatural human abilities.

Are you thinking about any superhero who can manipulate with ice at his will? If you can´t think of any, ask your kids, especially daughters. Princess Elsa from Frozen is very good at it! But I´m sure that you have also thrown few iceballs in various computer games, right? Nice ability, do you realize that you can freeze your beer without a fridge with this power? I want it!

You can imagine teleportation as the ability to have “Beam me up Scotty” without Scotty. Personally, I would definitely choose this power over others as I hate crowds. Teleportation sounds like an easy way to avoid them. This is definitely among top supernatural abilities.

Come on, everyone wants to fly. Since the dawn of man, people wanted to fly. Today, we have plenty of possibilities for getting into the air but we all know that it is just a substitute for flying freely as a bird. Supernatural human abilities at its best if you ask me, am I right Superman?

So, it was the list of 10 extremely useful supernatural abilities we all want to have. Of course that there are plenty of others but these are our choice. Which supernatural powers would you prefer? Let us know and meanwhile, you should continue reading with our related list of Top 10 X-Men Super Powers Everyone Long to Have. X-Men are the lucky few with abilities we are talking about but who knows, maybe we have the potential which will come into boom in the near future as well.