Africa has always been one of those continents that have grabbed the attention of the entire world by practising the strangest African tribal traditions. It is home to over 1000 different rich cultures and traditions of tribes that are still being practised by different communities. These practises are both fascinating as well as scary. Some African tribe ceremonies are still a mystery but all these traditions have always been a source of attraction for the entire world. Many tribal communities are living their lives without all the facilities the rest of the world enjoy but they are so connected to their traditions that they do not feel the need of those luxuries. Here is a list of the strangest African tribal traditions.

Bushmen, the San People of Botswana, are hunter-gatherers who were driven out from their ancestral lands in the 1950s. People of this tribe were forbidden to hunt. They were required to ask for permission if they wished to enter the reserves. The bushmen switched to farming but they continued to gather plants for food and herbs for medication. The number of people of this tribe dwindled because they were deprived of the ability to hunt.

9. Wealth Is Measured In Cows

The Suku tribe, in the Southwestern Congo, honors their elders and ancestors with a ceremony arranged in the clearing of a forest, when they die. Here, they present offerings and gifts to the deceased, but this is one of the bizarre traditions of African tribe that is not open to the women and outsiders.

To prove their manhood, young boys in the Ethiopian Hamer tribe, must run, jump and land on the back of the bull, before trying to run across the backs of the bulls. This is one of the traditions of this African tribe. It is being done several times by the young boys usually in the nude. 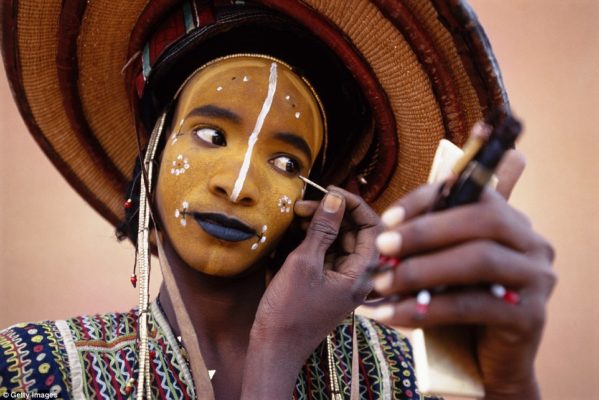 The people of Chewa tribe live throughout Southern and Central Africa and are one of the largest native tribes of Malawi. When a person of this tribe dies, as one of the family traditions of this African tribe, the body of the deceased person is taken into the woods where the throat is slit and water in forced through the body in order to cleanse it. This is done by squeezing the stomach of the deceased person until the ends of the body run clear. 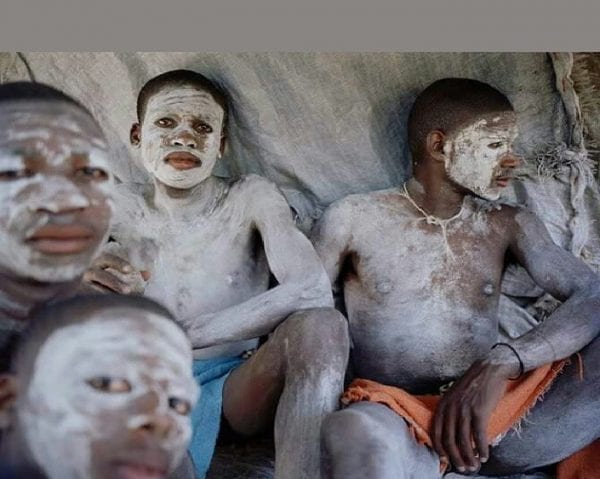 This is one of the African tribe ceremonies that is being practised by several Southern African tribes where boys prove their manhood. To prove their manhood, boys at a certain age are sent to spend a number of days or even weeks in a circumcision lodge during winter. They are put through difficult and rigorous tests and traditions such as circumcision and continuous dancing until exhaustion.

In many countries of West Africa lives the Filani tribe, who are famous for following a ritual known as Sharo. Being one of the chief African tribe ceremonies, it is practised when two men wish to marry the same woman. In order to decide who should marry her, they compete by beating one another, for her hand. In order to win, the man has to suppress the feelings of pain. The one who does not show the signs of pain wins the competition and takes the wife.

3. Putting a Price on the Bride 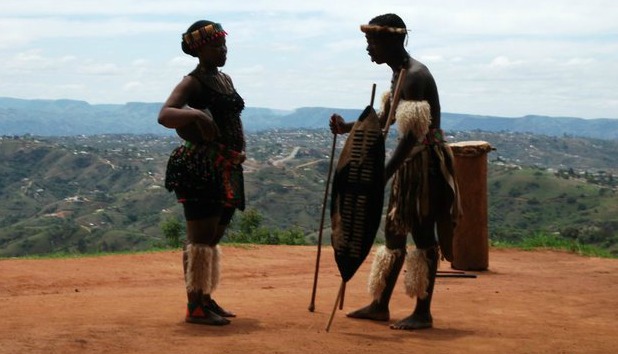 It is one of the most practised African tribe ceremonies, in the Latuka tribe of Sudan. When a man of this tribe wishes to get married to a woman, he abducts her while the elderly people of the family go and inquire the father of the woman for her hand in marriage. If the dad agrees with the marriage, he beats the suitor to show his acceptance of the proposal but if he disagrees, the man might marry the woman forcefully anyway.

This tradition is being practised by the Souther Sudanese “Surma tribe”. When a girl enters her teenage, she starts the lip stretching process. Bottom teeth are removed in order to make space in the mouth for a lip plate, which increases in size annually. The bizarre nature of this ritual sets it at the number one slot of the strangest African tribal traditions list.

Joseph Conrad called Africa The Heart of Darkness. Yet, he was as much unaware of the integrity of the culture and traditions of Africa as we most of us are. Sure, the existence of customs like lip stretching might pose a certain horror to us, the practise of bride price might seem chauvinistic, the beating of the suitor barbaric and the kidnapping of the bride downright regressive. What we, in our strictly politically correct first world lives, fail to acknowledge is that even in the hearts of darkness, there might be reasoning to be found for such customs and practises. The brides are treated with much honor and respect, for instance. Yet when such are put to be assessed on a relative scale, the judgment is usually biased.

Africa is a purely diverse continent with a number of tribes and traditions perpetuated throughout the vastness. It’s not some wilderness safari fantasia-like the one you saw in Taylor Swift’s Wildest Dreams. The exoticization of Africa has certainly reduced it to wilderness but when one really peeps inside the heart of darkness one finds such allure, such raw human nature that it is difficult to look back.