Top 10 Most Ridiculous US Laws

The law system of the United States is a building with many levels. From the constitution of the United States at the top to the codes given by local lawmaking bodies (counties, cities, districts…), many laws codify the proper behavior. Despite a long time of the American law system evolution and its exemplary well worked-out form, it is not free of some very arguable passages. In the following list, you can find some ridiculous US laws. Any law system is just a creation of men who were not always thinking in the same way as we are. And this is the result…

10. “Chickens are not allowed to cross the road” (Quitman, Georgia)

The way this law entered the books is beyond our imagination. But you must admit that we could hardly pick a better example of the occasional craziness of the American law environment. We would definitely pay our monthly wage to see the police intervening at the “crime” scene.

9. Roadkill may be taken home and eaten (West Virginia)

It´s not necessary to go to the supermarket to grab something for a dinner in West Virginia, instead of it, you can drive slowly and pick up the first roadkill you will find, from a squirrel to the deer, it´s all yours. Well, you know, it´s West Virginia.

8. No Beer and pretzels at the same time please (North Dakota)

Now this is really, really strange. Why the hell, you should not have a beer and a pretzel at the same time? Among the craziest laws in America, this one is pretty high on the list. We would be very interested if this law is really enforced there. Anyone from the North Dakota?

OK, we would not call this one the craziest laws In America, but its place among the strangest US laws is assured. We would be able to understand that it is prohibited to sell your organs in general, but why the hell are eyeballs so specific that they must have a law? And why would someone want to sell his eyeballs? This is a perfect example of the definition of a “crime” which nobody would even think of until reading it is forbidden. One of a ridiculous US laws was motivated by an effort to assure people calm during the worship which is OK, but doing it this way is really funny. BTW, is it possible to wear a fake mustache that doesn´t cause laughter in church? When comes to a law, think twice and write once Alabama…

5. Keeping your ice cream in a back pocket on Sundays is strictly prohibited (Georgia)

We absolutely love this one! It is a complete mystery why would someone want to keep an ice cream in a back pocket but why is it forbidden is something beyond our imagination and why is it forbidden only on Sundays is a question which exceeds borders of this universe.

4. Two trains met on one track? Both must be stopped and  cannot move until one pass the other (Kansas)

This is absolutely cute! Craziest laws in America list can´t be considered complete without this one. But we hope that when something like this really happens in Kansas, authorities are a little bit creative and do not insist on the strict following of this law…

3. You may not sell a toothbrush and toothpaste on Sunday to the same customer (Rhode Island)

The reason why Rhode Island authorities fight against the healthy teeth of state´s inhabitants and visitors is unknown. Once again, if you are from Rhode Island, please write us if this is really enforced in your state. So, if you want to experience the feeling of a bandit and outlaw, go the supermarket and try to buy toothbrush and toothpaste.

Arkansas is a really proud state, isn´t it? But enforcing proper pronunciation of the state´s name by making a mistake illegal seems like a display of desperation rather than display of proudness.

1. Piano players with just one arm are not allowed to get paid for performing (Iowa) 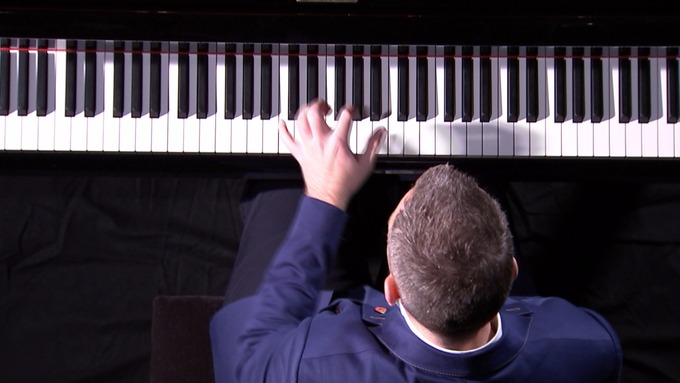 There were some very funny laws shown on our list. But the top spot is occupied by a law which is not funny at all. Shame on you Iowa for such a stupid law! There are many incredibly talented one-armed pianists who can over-perform most of those with two hands.

And while you have just finished reading about faults of the lawmakers, why don´t continue and read our Top 10 Political Frauds in History list?