Top 10 Real and Incredible Stories of the Middle Urals 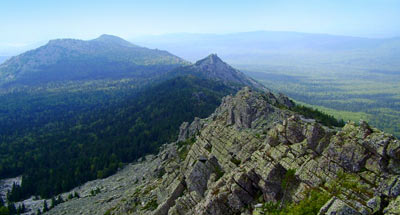 For the first of the stories of the Middle Urals in our list, we have to travel back in time to 1829 when a fourteen years old boy named Pavel Popov found a brilliant stone. At that moment, the first diamond mine in whole Russia was found. As expected according to the context of the early 19th century, Pavel Popov was not the one who got rich from his foundings but he was at least relieved from his slavery-like service.

9. The Treasure of the Azov Mountain

For the ages, 589 meters high Azov mountain was thought to hide a big treasure. Hundreds of people were trying their luck while looking for it nearby the mountain. But locals were skeptical, after all, they knew the mountain better than anyone, right? In 1940, a group of students did it! On the eve of the Great Patriotic War, they have found the treasure of the Azov mountain. This is one of the happy-ending Middle Urals real stories.

If you will visit the town of Nevyansk, your eye will be caught by this unique structure. The Leaning Tower of Nevyansk was built in 1721 (or 1745 or anytime in between…) probably as a symbol of the might of a local manufacturer Akinfiy Demidov. It is likely that the tower had more than one purpose but to show own wealth in the form of a competition with the worldwide famous leaning tower of Pisa, Italy was one of them.

Dozens of dolmens were discovered in the Middle Urals region. These ancient structures look either like a stone plate or as a boulder. Although their real purpose remains a mystery the theory is that they served for initiation rituals of some kind. Definitely, these dolmens are connected to some incredible stories of the Middle Urals, but we don´t know the story…

5. The Special City of Nevyansk

The city of Nevyansk was founded around 1700 because some factories were built nearby. The specialty of this city was the fact that it was inhabited mainly the members of so-called „Old Believers“ – the group of those who refused Church reforms of 1666. They faced a persecution during the times and that´s why this fact is included in our list of stories of the Middle Urals.

4. The Siege of Chelyabinsk Fort

In 1774, during so-called Pugachev´s Rebellion, the fortress of Chelyabinsk was sieged and had to withstand repeated attacks of cossacks. This is the example of some bloody Middle Urals real stories. 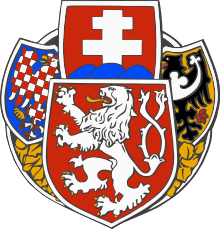 After the Bolshevik revolution, Russia withdrew from the Word War I, however, there was a significant amount of Czechoslovak soldiers fighting within the Russian army against Central Powers for the independence of their country. In the post-revolutionary chaos, 70,000 of Czechoslovak soldiers formed in so-called Czechoslovak Legion represented a significant power. During their way to Vladivostok to be evacuated back to Europe, they captured many cities including Ekaterinburg.

15 February 2013, inhabitants of the central Russian regions including Middle Urals saw a very special show. The big meteorite of 15-17 meters entered the Earth´s atmosphere and in 9:20:26 local time, it exploded over the Ural city of Chelyabinsk. The area of 100 kilometers in diameters was affected by the pressure wave, thousands of windows were broken, hundreds of people were injured. It will remain one of the most incredible stories of the Middle Urals for a long time.

1. The Tragedy of the Imperial Family

Tsar Nicholas Romanov, his wife and their four daughters and one son spent last 78 days of their lives in the Ipatiev House in the city of Ekaterinburg. In April, they were interned there by the Communist forces after the Bolshevik revolution. 17 July 1918, they were all brutally murdered there in 30 minutes long killing spree. It is one of the most terrible stories of the Middle Urals.

If you liked this history article, why not to continue with another one? Try our list of the Top 10 Ancient Greek Politicians!