Top 10 Politicians That History Made a Laughing Stock Of

Being in the public eye, you would think politicians would conduct themselves in a mature and responsible manner. Instead, they end up becoming political laughing stocks by doing or saying inane stuff. Here are 10 politicians laughing history.

America witnessed presidential impeachment for the second time in the history of the country with the disclosure of President Bill Clinton’s sexual affair with White House intern Monica Lewinsky. Bill Clinton became a worldwide political laughing stock after the entire sexual relationship was vividly and intimately described by many leading media agencies. Clinton was eventually acquitted of any crime but this sensational and absurd story will forever be etched in politicians history.

The man after whom the term ‘Bushisms’ was coined cannot be left out of any list of politicians laughing history. Frequently found to be having his foot in his mouth, American President George W. Bush has been in politicians laughing history since forever. Perhaps his biggest claim to infamy was when he ordered American troops to invade Iraq in search of illusive “weapons of mass destruction”. In one of his speeches, Bush said, “Our enemies are innovative and resourceful, and so are we. They never stop thinking about new ways to harm our country and our people, and neither do we.” You can listen to it here. The choice of words will go down as one of the worst in politicians history.

Indian politician Rahul Gandhi has been known to suffer from foot-in-the-mouth-itis just like George W. Bush. Innumerable gaffes by Rahul Gandhi have earned him a spot in the global list of political laughing stocks and in India’s politicians history. One of his speeches at the Confederation of Indian Industries (CII) was an assault on common sense where he insisted that a beehive is more powerful than an elephant. At another convention he said India was bigger than the United States and Europe put together!

North Korean leader Kim Jong-Un has become one of the world’s political laughing stocks numerous times. From banning watching television, drinking alcohol, surfing the internet, driving cars, travelling abroad, wearing denim, playing music, practicing religion and even using sarcasm (yes, really!) in North Korea to failed nuke tests, it is no wonder Kim Jong-Un has been the centre of many jokes in the last decade. His weird hairstyle and weight issues have spurred many memes on the Internet. 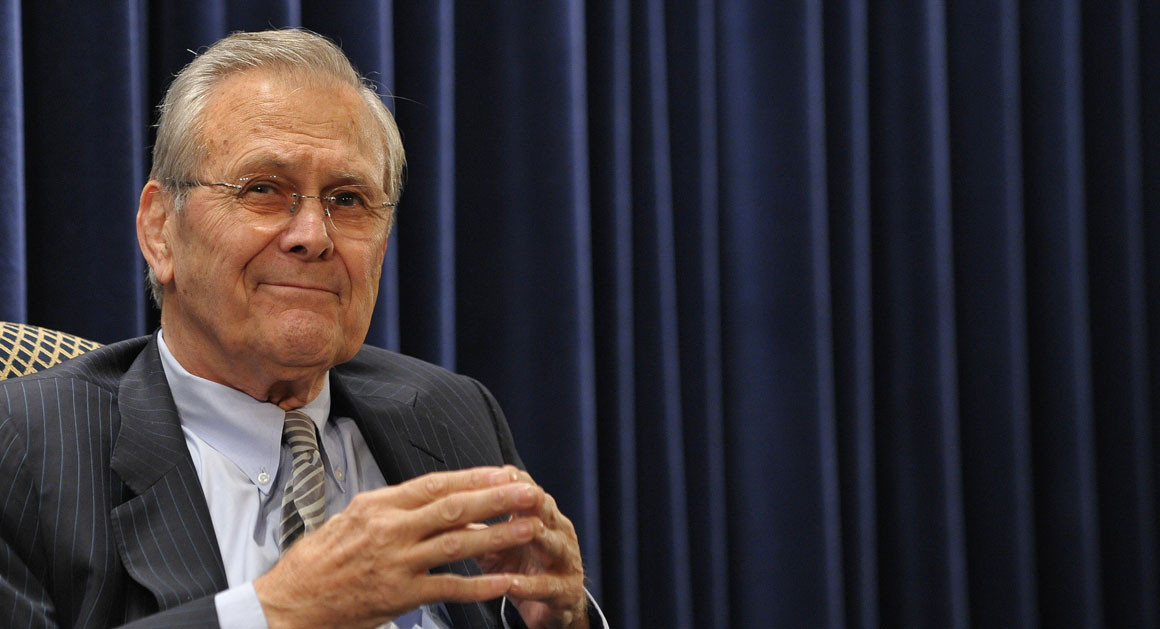 Can you make any sense out of this quote?

No? Well, neither could anyone else! US Defense Secretary Donald Rumsfeld gave this response to a question about the lack of evidence of the existence of “weapons of mass destruction” in Iraq. The statement was widely discussed in politicians history and mocked for ‘torturing the language’. 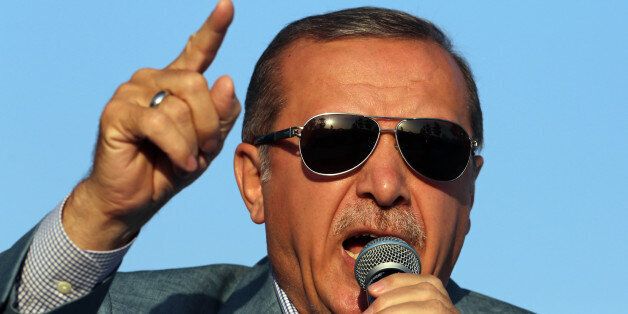 History made a political laughing stock of former Turkish Deputy Prime Minister Bülent Arınç in a speech that he gave on the festive occasion of Eid. The prime minister was mocked and criticized when he urged women not to laugh out loud in public places or speak of trivial matters on the phone. He was again ridiculed on social media when he suggested that women “leave their husbands at home and go to vacation with their lovers.” Philippines President Rodrigo Duterte’s antics and brash comments put him in the list of political laughing stocks. The president received scathing criticism for calling the pope “a son of a b****.” His other capers include kissing his female supporters and offering himself as a gift to a bride at a mass wedding ceremony. Recently he came under the hammer for comparing himself to Hitler when he said, “’Hitler massacred 3million Jews … there’s 3 million drug addicts…I’d be happy to slaughter them. If Germany had Hitler, the Philippines would have…,” pausing then pointing to himself. 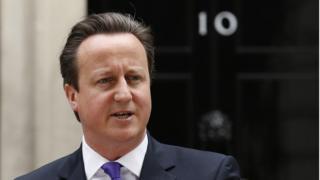 Former British Prime Minister David Cameron became one of the world’s political laughing stocks during the course of Brexit. The very people of the United Kingdom who provided overwhelming support to David Cameron to win the general election voted for the British exit from the European Union. The Prime Minister was accused of “waffling” and “scaremongering” during an interview when he couldn’t convince the public on why the UK should remain in EU. 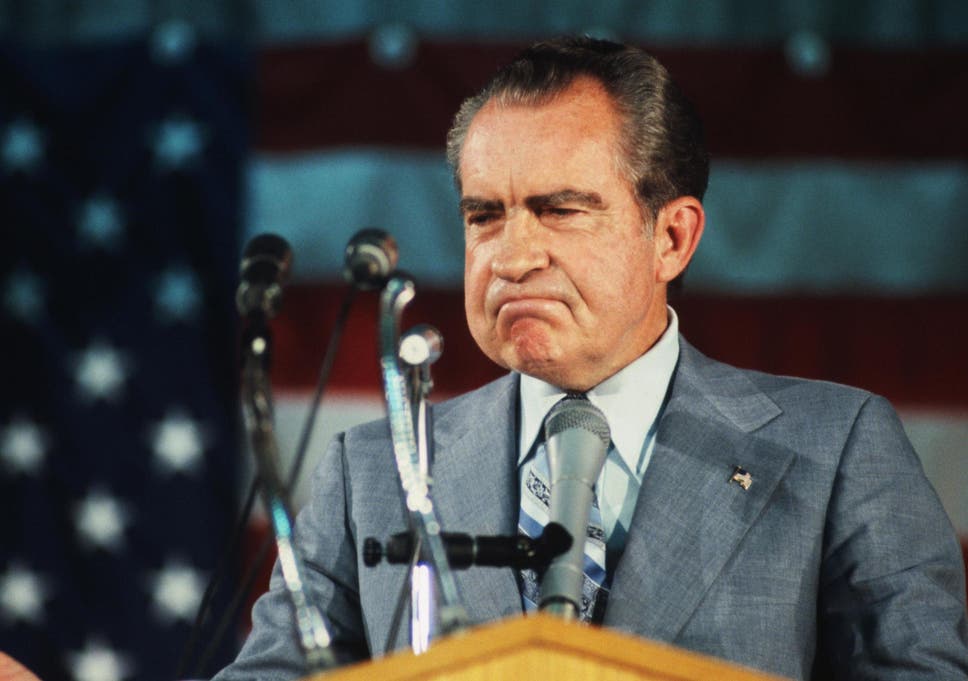 The 37th President of the United States, Richard Nixon, has his share of infamy in politicians laughing history. The Watergate scandal broke out after a break-in at the Democratic National Committee and encompassed an array of “dirty tricks” such as bugging the offices of political opponents and multiple other abuses of power. Richard Nixon resigned after conceding to have attempted to cover up the activities but not before infamously declaring “When the President does it, that means that it is not illegal.” Although President Gerald Ford who assumed office after the scandal pardoned Richard Nixon, the latter will be remembered as one of the political laughing stocks. 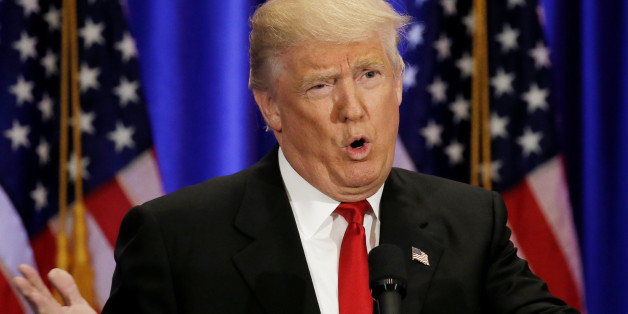 Donald Trump, the 2016 Republican nominee for President of United States is no stranger to controversy. The billionaire businessman has been found to make political laughing stocks of him with outrageous comments and actions. His views and remarks on African-Americans, women, foreign policy, environment degradation and much more has irked many Americans, yet garnered an equal number of supporters. In America’s politicians history, the 2016 US presidential election campaigns have witnessed the dirtiest barbs exchanged between the nominees.

This list is by no means exhaustive or all-inclusive. There are many other gems in politicians laughing history that have been excluded. As they say, there is no cure for dumbness. We will be back with more lists of political laughing stocks.