They say any habit can be made or broken after 21 days of deliberately doing what you are supposed to. Well, to say the truth, breaking some of the most common hardest habits is easier said than done. It is not impossible but will take every ounce of energy from you. Most of us don’t realize it but we have hardest addictions entangling us from all sides. Read on and find out if your habit falls in the list of hardest habits to break.

This may come as a surprise to many but it is true that biting one’s nails is one of the hardest addictions. In the beginning, people bite their nails because of anxiety and before they know it, they are harboring one of the hardest habits to break. When they chew on their nails, they feel a certain pressure release and can therefore find some peace of mind and relaxation from it.

Controlled snacking is a healthy habit. The opposite however is anything but. You know you suffer from this problem if you are the kind of person that wants to bite on something even when you are not hungry. For you, snacks should be eaten at all times. Research shows that this too is among most common hardest habits.

8. Watching too much TV 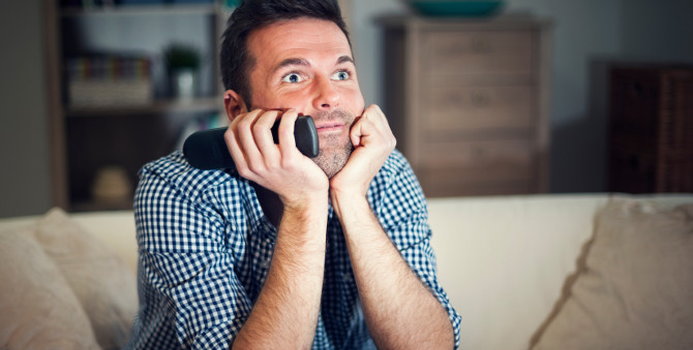 You knew this couldn’t miss a spot on the list of hardest habits to break. There’s nothing relaxing like sitting down on the couch all day catching up on your favorite TV show; the feeling is good. Doing that once in a while is definitely okay. The danger comes when this becomes all you do regardless of the fact that you have other productive responsibilities. In many cases, potato couches fail to perform their daily duties such as cleaning, cooking, attending to kids’ needs, visiting friends you name it.

Ladies are mostly guilty of this crazy habit perhaps because they enjoy finishing other people’s sentences even when the extra help is not necessary. This is one of the most common hardest habits responsible for a good number of marriage troubles. During counseling, a married couple (especially the husband) would often to point out that communication is broken when they are interrupted by their spouse as they try to pass a point across.

It is sometimes difficult to accept that swearing is among hardest addictions to break away from. Well, as we just learned, this habit is a notorious one usually picked up without knowing. For some, they develop the bad habit through the movies they watch, the friends they hang out with or the kind of neighborhoods they spend most of their time at. It can be broken but will take a good amount of willpower and determination.

We wouldn’t have guessed this but research shows picking the nose is among the hardest habits to break. Kids are known for this bad habit but apparently a good number of adults are hooked too. People who pick their noses mostly do so in private places but once in a while they forget to keep it under wraps therefore proceeding to do the act in public settings.

This is definitely a tough one because the victims of this habit in the category of hardest addictions fail to accept that they need help. Skipping breakfast just seems like a great thing to do especially when one has a habit of over indulging in food. Friends, if you happen to be one of the people who ditch breakfast for whatever reason, you had better changed your ways because it is clearly one of the most common hardest habits ever. Not only do you lack energy during the day but you are also bound to overeat during other meal times.

When you are called upon to attend a meeting, your total concentration and attention is required there. Unfortunately, some people cannot just sit tight and concentrate when there are a number of things he or she would rather be doing. These persons do not realize that this too is one of the hardest habits to break. Instead of speaking over the phone while the meeting is on or browsing through the internet, focus on the task at hand, then find time to do the rest later.

Are you the kind of person that postpones tasks and responsibilities for no tangible reason at all? If you answered yes to the question, you suffer from one of the hardest addictions called procrastination. This can be very addictive and enslaving but can definitely be done away with a strategic and deliberate decision to do so.

You know as well as we do that gossip lovers must find a place on the list of most common hardest habits. It is a habit that can be fuelled so fast because there’s always something to talk about. Gossiping is so bad that many families, friendships, relationships, organizations and even nations have suffered greatly from it. Once eradicated, the world can be a better place to live in.

Thanks for the read! Find more fun and informative reads on this website.