Laziness is a term that has been confused by many in the past. Some “lazy” people cannot admit to being lazy arguing that they just lack enough motivation or are awaiting a certain period to achieve something. For some, laziness means lying in bed all day watching TV and finding no time to jump to the shower or perform basic chores such as doing dishes, cleaning the house and brushing teeth. Granted, these are some of the lazy people habits but there are many other habits that fall in the category of habits of lazy people. Let us have a look at the top ten lazy habits;

Well, all of us get distracted from time to time mostly by the latest Smartphone we are holding in our hands. What makes this one of the lazy people habits is the frequency it takes place in one’s life. Lazy people are always distracted- and they allow distraction to overwhelm them. They find it hard to concentrate on the most important things in life while keeping the rest at bay until they are done.

Contrary to common belief, spending a great deal of time talking about your goals in life is among the top lazy habits. Derek Silvers presented scientific evidence in 2010 on TED talks concerning this issue which he titled, Keep your goals to yourself. He observed that more talk especially in front of a group of people often leads to applause and encouragement. This is something good right? Wrong. Turns out, when you receive the applause, you feel a sense of satisfaction and achievement which makes you less motivated to do the actual thing.

You recently registered for music lessons to be taken two hours every day but somehow, three days in a week, you find a ‘good’ reason not to. Well, my friend, unfortunately there’s no way around it- you are definitely a lazy person. Successful people commit to their plans no matter what; even if it means doing the uncomfortable for hours.

7. Being unsure of what to achieve in life

Lazy people are too consumed doing nothing that they find no time to engage their brains and come up with dreams and desires for their lives. This is obviously one of those sad and unfortunate habits of lazy people that needs immediate attention before the worst happens. The good news is, the moment you decide to do something about it, you can instantly change your story forever.

You have heard over and over again that reading books, articles, magazines, newspapers etc is a sure way to succeed. This means that reading a little or not reading at all is among the lazy habits that will make you unsuccessful. It always takes little time to read really. Switch off the TV for two hours every day and find motivational literature at your nearest book library.

5. Giving up too soon

No one said that success comes on a silver platter and takes the shortest route to come to you. It sometimes takes a lot of time and hard work. Giving up after the first trial is among the habits of lazy people since a little patience and perseverance always grants results. Before totally throwing in the towel on a certain area, ensure you have thoroughly explored it for a long period of time no matter the outcome. 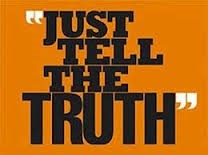 In the first place, making promises has also been categorized as one of the habits of lazy people. It is such an easy thing to do that requires no effort at all. What makes this even worse is failure to honor the promises because action is just too difficult to even think about. If you identify with these lazy people habits, you’ll save your reputation and other peoples’ time by simply resisting the urge to make a promise.

3. Failure to go the extra mile Image credit: The She Network

What makes the difference between achievers and lazy people is the ability to go more than is expected of you. The former have self motivation to walk further than they are paid to by working harder and providing more value. Failure to do this is among the lazy habits present in a good number of the general population-no wonder successful people are very few. The world is still waiting for the banner that reads, No knowledge ahead so the successful people can stop learning. Obviously, this will never come to pass so the sooner people got rid of their bad lazy habits of not willing to keep learning, the quicker success will come. Knowledge is everywhere including people, literature, the environment and more. Get out of your skin and desire to acquire more knowledge on areas you need improvement on.

1. Spending time with other lazy people

The mother of all habits of lazy people goes to spending time with losers. They say you are the company you keep. You may not even realize you are lazy when everyone around you is lazy too. Hang around active and successful people then you will discover you need help in dealing with some of the lazy people habits you have faithfully clung to for years.

Don’t worry if you saw yourself in one of these lazy people habits-change can come if you desire it to. No one is born lazy; some of us just adopt the behavior as we go through life. This means we can pick up on good habits that gear us towards success we so much look forward to. Thanks for finding time to read this listicle – stay connected for more. Before you go, we also have other interesting reads on this website; you might want to check on those too.