There is a saying “A room without books is like a body without a soul.” Hence, if you visit a bookworm’s house, expect to see a lot of books on their shelves. Books give life and meaning to their souls. This is why they give utmost importance to every book written by numerous brilliant authors. This deep concern and overwhelming love for books compel them to take note of some great forgotten books. This article mentions some forgotten books everyone should know about. Below are the top 10 forgotten books according to many book lovers. 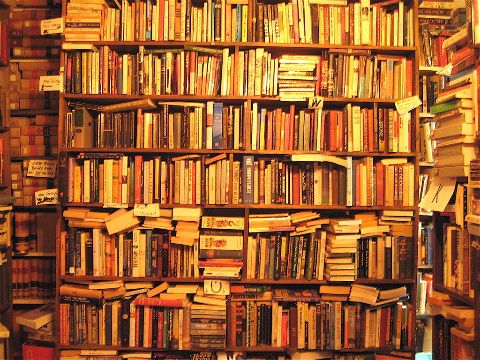 10. A Confederacy of Dunces by John Kennedy Toole

This book was published in 1980. Toole explores New Orleans through this book. He uses the character of Ignatius J. Reilly, a weird cynic. He is someone who simply hates the mankind. He will guide you through the city of New Orleans with uproarious adventures. The tragic truth behind this beautiful book is that the author, John Kennedy Toole, took his own life at the age of 31 in 1969.

Due to her love for his son, Toole’s mother made all efforts to publish her son’s book. It was not an easy fight as she received a lot of rejection letters for years. However, hard work and undying persistence eventually paid off. She finally found someone who made everything possible. Walker Percy, an English professor from the Loyola University hesitantly agreed to read Toole’s book, Confederacy of Dunces.

After reading the book, Professor Percy eventually published the book in 1980 which won the Pulitzer prize in 1981 for being the most well-written fiction. The sad story behind this book makes it one of the forgotten books everyone should read.

Lansing brought a lot of overwhelming emotions on every page of this book. The great news is that this book is no longer the part of the forgotten books, as the story is so great that the author has been rediscovered 15 years ago. This retelling surpasses all the odds the book has ever encountered.

8. The Prize: The Epic Quest for Oil, Money and Power by Daniel Yergin It contains a categorical history of the oil industry from 1850 to 1990. This book tackles the intrigues behind the oil industry from the Northwestern Pennsylvania to Spindletop and the Middle East. With 800 intriguing pages and a Pulitzer Prize in 1992 for the most non-fiction storyline, how could anyone not enlisted it as one of the forgotten books everyone that should read sooner or later. This tragic reality made the book as one of the great forgotten books in history.

7. One Flew Over the Cuckoo’s Nest by Ken Kesey

It is considered as one of the most interesting forgotten books by many. The story line details the author’s own experience while working for an orderly facility. It is an entrancing novel that would make you excited. It was published in 1962. The story simply narrates and differentiates the true essence of sanity.

6. The Great Game by Peter Hopkirk

It is a non-fiction book that retells the story of the conflict for supremacy in Central Asia between Russia and Great Britain in the nineteenth century. This book was published in 1990 and takes sixth place on this list of the forgotten books with a story that is filled with deceptions and betrayal and the tremendous abomination and survival. This one is undoubtedly one of the great forgotten books of all time.

5. An Innocent Millionaire by Steven Vizinczey

A brilliantly well-written book like all other great forgotten books that brings forth to life the story of the protagonist, Mark Niven. It is a story full with outstanding axioms and considered as one of the most favorite books of all time by some authors. It is a story that talks about deceptions, love, murder and other intriguing stories.

4. Blood and Money by Thomas Thompson

One of the most astounding forgotten books of all time is the Blood and Money by Thomas Thompson. The story talks about revenge, murder, lust, greed and adultery, and it was published in 1976.

Another addition of great forgotten books that everyone should take notice is the Lonesome Dove by Larry McMurtry. This book is a Pulitzer prize winner and talks about the cattle drive from the Lonesome Dove of Texas to Montana. What makes this story more enticing and award-winning is its rich characters and their high passions.

2. Son of the Circus by John Irving

John Irving is a well-known author for his outstanding novels. Who would have thought that he has a book that was forgotten by people? The Son of the Circus is one of the great forgotten books people missed out on the list of their good reads.

The story tells about some diverse characters, such as a B-graded screenwriter, homosexual twins, a protagonist orthopaedic doctor, and a transsexual serial killer and the book was published in 1994.

1. The Autobiography of Henry VIII by Margaret George

The Autobiography of Henry VIII by Margaret George is one of the forgotten books. It is a historical fiction that retells the memories of the life of one of the most colorful, controversial and influential characters in all of English history. Every page is worth the read.

Overall, these are just some of the great forgotten books of all time that should not be missed out by booklovers. As you now know about these books, you should start reading them.

Our site has other interesting and wonderful articles to fill up your curious mind.