The military history knows many examples of unexpected victory of a smaller or worse equipped side. Sometimes, it took a military genius of one commander, sometimes it was the result of the military sloppiness of another. From time to time, bad luck played its role. But in every occasion, it took heroism and sacrifice of common soldiers.

In 333 BC, armies of the Hellenic League under the command of Alexander the Great defeated the army of the Persian Achaemenid Empire, led by Darius III. Darius retreated his forces to Babylon, regrouped and got ready to challenge Alexander once again. Both commanders met again in 331 BC near Gaugamela in what became the iconic battle of Alexander´s military campaign. At the beginning, Darius had better cards in his hands. Persian army outnumbered enemy with 50,000 – 100,000 men compared to 31,000 – 40,000 men of Alexander. Against all odds, Hellenic League achieved victory and Darius was finally defeated. Alexander´s legend was definitely born. The battle of Cannae was a major clash of the second Punic wars. The army of the Roman Republic tried to stop invasion force – the army of Carthage under the command of Hannibal. Romans had the superiority in numbers. Their forces were made of more than 86,000 men and commanded by Gaius Terentius Varro and Lucius Aemilius Paullus. Hannibal had no more than 50,000 men at hand. Despite being outnumbered, Carthaginians had the advantage of Hannibal´s military genius. He was able to deploy his forces to achieve a tactical advantage and to win a victory.

8. The Battle of Teutoburg Forest, 9AD

Another famous defeat of the Roman army (which was recognized for its perfect military skills) took place in the Teutoburg forest in what is now known as one of the real turning-points in world history. Three Roman legions led by Publius Quinctilius Varus which operated in the territory of Germanic tribes were ambushed and completely destroyed by an alliance of Germanic tribes under the command of Arminius who had Roman citizenship with Roman military education. The Roman army later resumed its operations in Germanic territories but have never conquested it and therefore The Battle of Teutoburg Forest had a great strategic importance. 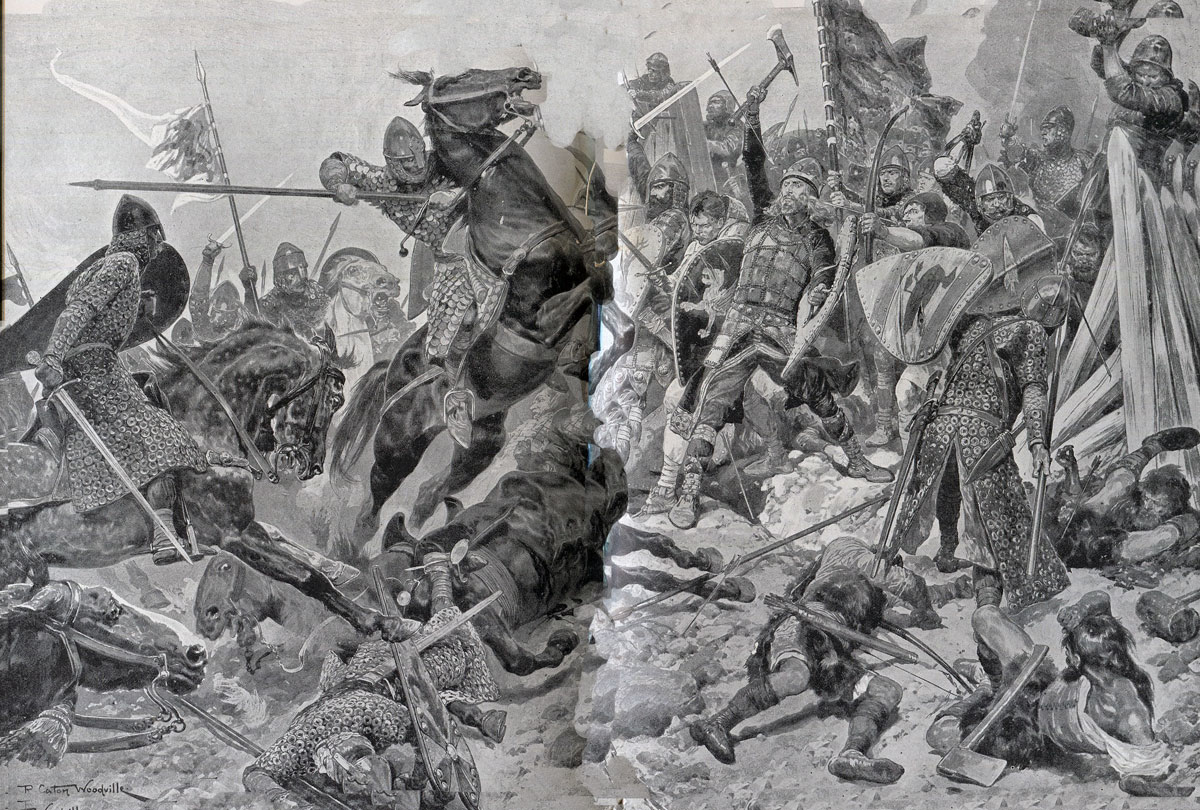 In this battle, the Anglo-Saxons led by king Harold faced a Norman-French army of William, the Duke of Normandy. At first, Normans were unable to break English defense so they used one of the most typical tricky maneuvers when they pretended a flee and subsequently achieved a decisive victory. The Battle of Hastings became very famous of military defeats in history also because of the death of king Harold. 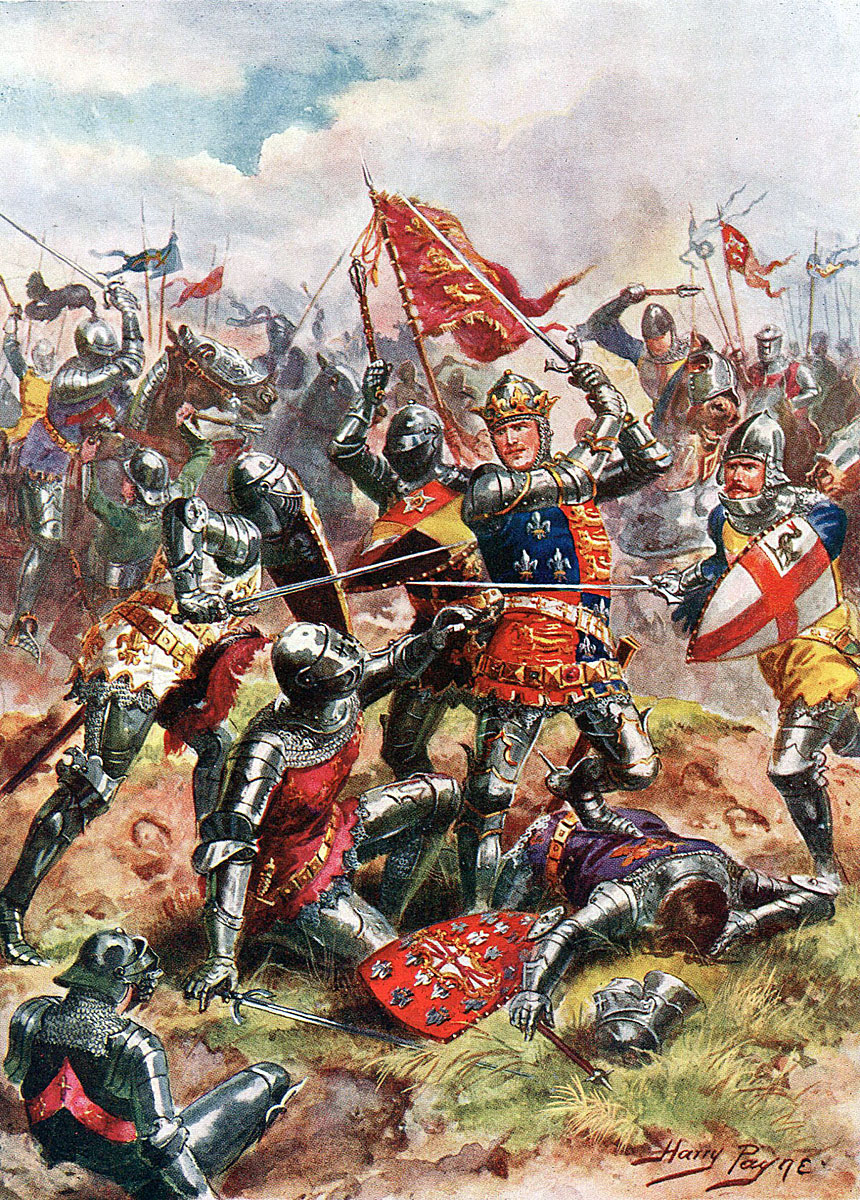 The Battle of Agincourt was the greatest victory of English army over the French in a Hundred Years´ War. English army commanded by Henry V was heavily outnumbered by French forces led by Constable Charles d’Albret. The surprising outcome of this battle was given mainly by a contribution of English longbowmen. It was one of the embarrassing military defeats in French history and marked a new period of a Hundred Years´ War. 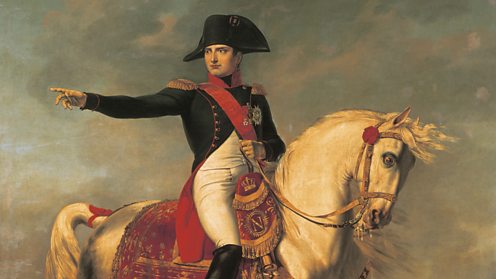 After Napoleon´s return from forced exile on the island in 1815, the Seventh coalition of the United Kingdom, Russia, Austria, and Prussia was formed against him. Napoleon knew that he must fight his opponents separately before they will join their forces and invade France. When he faced joint forces of Britons and Prussians near Waterloo, everything was set for his great comeback. Despite Napoleon´s military genius and the fact that coalition forces in the area were mostly second-line, armies of 1st Duke of Wellington and Gebhard Leberecht von Blücher defeated the French and prepared Napoleon his final defeat. After the battle, Napoleon was forced to his second exile to an island of Saint Helena. The Battle of Waterloo is one of the most famous military defeats of history and entered the common language as well as popular culture.

In what is known as one of the most embarrassing military defeats of history, 7th Cavalry Regiment of the United States Army under the command of General George Armstrong Custer was decisively defeated by the coalition of native tribes led by chieftains Sitting Bull and Crazy Horse. General Custer himself was killed in action. This battle became an icon of brave but hopeless resistance of native Americans against the conquest by the white civilization.

In 1915, Winston Churchill proposed a plan to open another front of World War I and effectively eliminate the Ottoman Empire. However, the campaign was badly planned and executed resulting in the strategic defeat of Allies. 44,000 thousand Allied soldiers were killed including 10,000 Australians and New Zealanders. ANZAC day is celebrated in Australia and New Zealand in their memory. This doomed campaign became known as one of  the embarrassing military defeats. 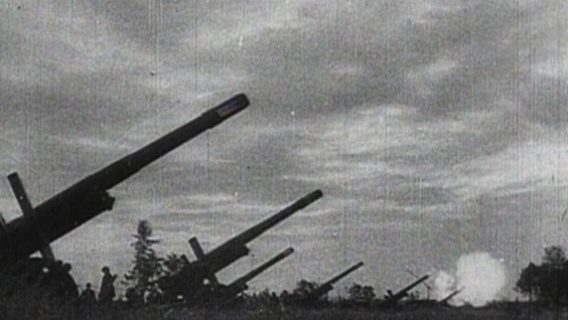 In 1944, German forces were on the defensive on all fronts with Allied invasions in Italy and France under way and hard pressure from Soviet forces on the Eastern front. In August 1944, the Red Army started a strategic offensive in Eastern Poland which destroyed German Army Group Centre. German losses were almost 500,000 killed or wounded men. The crushing victory meant that the Red Army was able to reach Warsaw and Vistula river which allowed them to prepare the ground for a final assault on Berlin. In Hitler´s eyes, this was one of the embarrassing military defeats for which he blamed his generals.

The Six-Day War of 1967 was the Third of Arab-Israeli wars. A coalition of Egypt, Jordan and Syria was planning an attack on Israel. As a response for Arab preparations and mobilization steps along the Israeli borders, Israeli air force launched series of pre-emptive strikes against enemy´s airfields. These strikes caused heavy damage to the enemy and provided Israel almost absolute air-superiority. By these pre-emptive strikes cause Arabs one of the most embarrassing military defeats of history.

From battles fought more than two thousands years ago to aerial battles of 20th or 21st centuries, there was no shortage of surprising outcomes. However, we should not forget that the glory of victorious battles was always made possible by ordinary soldiers in the field and too much of them died during these famous battles… If you want some further reading, try an article about Top 10 Cowardly Acts That Changed the Course of History.