There are several stories that have been written by writers who preferred not to reveal their identities. They preferred publishing their works safely behind their pen name. This is what that makes these anonymous works more mysterious. Here is a list of top 10 books written anonymously. 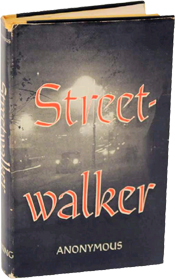 10. The Farce of Master Pierre Pathelin

This popular anonymous book was published during 1465. This is one of the top written books that achieved immediate success. This book criticized dishonesty and social manipulation within the state structure. The story written in the book was performed widely as a play. The absurdist elements in this book included unaccredited lawyers, disastrous court case and false insanity. The author of this work still remains unknown.

This is one of the most popular anonymous books that feature the traditions of the Roman society. This book includes the story of talking statues of Rome that were set up during the 16th century. The act by the emperor was met by anonymous sardonic poems posted on a statue which was renamed as the Pasquino. The tradition of positing verse and poetry on Rome’s statue still continues today as a means of leveraging public disapproval of the church and for leveraging dissatisfaction.

There would be no The Catcher in the Rye, Huck Finn and Don Quixote without Lazarillo de Tormes. This popular anonymous book consists of a story of a boy coming of age during the 16th century in Spain as he escapes the corrupt society. This popular anonymous book was published simultaneously in Flanders and Spain. This was however banned by the Spanish Inquisition. The author of this anonymous author was never revealed.

7. Dream of the Red Chamber

This popular anonymous book has been a continuous success and was handwritten and circulated in 1759 in China. This semi-autobiographical novel about the rise and fall of aristocratic family features a love triangle and a vast cast of characters. This is one of the anonymously top written books that offer detailed descriptions of Chinese society. This work is considered as one of the four great classic novels of China.

6.The Sorrows of Yamba: This is one of the top written books that have been widely reprinted poem on anti-slavery during the 19th century. This is one of the books written anonymously that was published during 1795 and the poems feature moral and social philosophies. Studies of surviving drafts reveal that it was written by Eaglesfield Smith. However, the heavy-handed edits that indicate shared authorship.

This is one of the anonymously top written books that gained immensely upon publication during 1880. This novel parodies the abuse and acquisition of political power throughout the story of US administration that has been fictionalized in the work. The author of the novel was identified to be Henry Adams, a renowned historian as well as a journalist who was also a member of the Adams political family. This was revealed upon his death during 1918.

4. The autobiography of a Flea

3. The autobiography of Ex-Colored Man

This is one of the top written books that received a poor response during 1912. This work of fiction was based on the subject of biracial identity that existed in the USA. The story focused on the life of an unnamed protagonist and carries comments on self-expression and identity. This work was republished during 1927 and James Weldon Johnson was credited of being the writer of this autobiography.

This was purported to be the diary of a teenager. The authorship of this work still remains disputed. This is one of the books written anonymously discusses drug addiction of an adolescent. This work remains in print after forty years. This diary is now housed under the fiction category. This work still makes a terrifying read trip.

This work covers thinly veiled events surrounding the presidential campaigns of Bill Clinton during 1992. There was a controversy surrounding the authorship of this book. This is one of the books written anonymously that was quite intense and an immediate success. Few reviewers claimed that retaining anonymity of the book was more of a publicity strategy for pointing out fingers at other candidates.

This list of books written anonymously comprises of amazing works of creativity in history. You can pick one if you are intrigued by the content of the Books written anonymously. You are bound to explore a lot more about the society and the trends prevalent during the times when the works were published. Visit us for more articles.